This is the most common way of making coffee in the United States. Having near boiling water poured over coffee grounds makes the coffee. This is probably the easiest method of making coffee.

Press Pot a.k.a. French Press a.k.a. Cafetiere a.k.a. Bodum

A French press is a glass container with a wire mash attached to a plunger. To make coffee, you have near boiling water. The press contains coarsely ground coffee. The water is poured into this. After 2-3 minutes the plunger is pressed down. This filters the coffee.

The fully automatic espresso machines have microelectronics, which automatically control the functions of the machine. At the push of a button the coffee beans are ground, the correct dose is put into the brewer unit this is then compressed and water is pumped through it under pressure. The coffee brew pours out into an awaiting cup.

The automatic espresso machines require freshly ground coffee dosed into the dispensing unit (bucket). Dosage varies according to the operator. This is then fitted to the showerhead. At the push of a button a pre set amount of water is pumped through under pressure and into a cup. With manual machines water amount is up to the operator.

The buildup of steam in the lower bowl forces the water up into the funnel, where it mixes with the ground coffee. A quick stir wets the grounds into the water, and a small amount of water left behind in the bowl keeps the steam coming and the temperature constant. The siphon is taken off the hotplate. With no more steam produced, a vacuum forms in the bowl, which sucks the brewed coffee down through the filter.

Percolators bend most of the rules when making coffee.

Don’t over extract the oils and flavour. Percolators work by taking coffee and reheating it and throwing it over the grounds over and over again.
Never reheat/boil coffee. This destroys the flavour.
The effect of a percolator is to keep passing boiling water/coffee over the grounds is that it will eventually take out all the flavour until there is none left.

This is a method that uses less finely ground beans. Water is put in coffee and left to drip. As the water is less hot than the espresso method, it goes more slowly through the grounds and results in a milder taste.

Coffee machines for your… 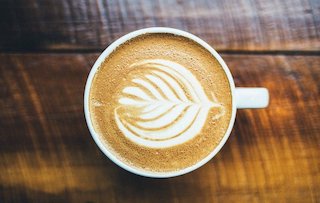 Rent a Saeco Royal coffee Machine and a Water 4 U freestanding water cooler  from The Bean Machine for only $145 a ... END_OF_DOCUMENT_TOKEN_TO_BE_REPLACED

Whether you're a coffee fan or fanatic, if you're in Northland,